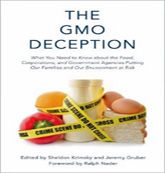 Here are a few selections, including Genetic Justice, the book he discussed for Science for the Public in 2011. View Professor Krimsky's April, 2011 presentation (studio recording) What's Your DNA Profile Doing on a Federal Database?.

Oceans Were the Hottest Ever Recorded in 2022, Analysis Shows