Sharon Levy, author of Once and Future Giants: What Ice-Age Extinctions Tell Us about the Fate of Earth’s Largest Animals. (Oxford University Press, 2011). 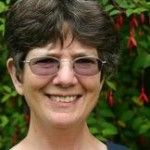 Great beasts like elephants, lions and grizzly bears are threatened worldwide. New research on the demise of Ice Age giants like the mastodon and saber toothed cat now offers vital insights for modern conservation. Scientists have long debated whether prehistoric people drove large Ice Age animals to extinction,” explains Sharon Levy, a veteran science journalist who covers biology and conservation for OnEarth, New Scientist, BioScience, and other magazines. Delving into the private lives of these long-gone giants, researchers are finding strong parallels between their fate and the plight of modern wildlife.

details about Once & Future Giants

other selected publications by Sharon Levy